Learning to write means exercising the hand to perform certain movements, from which the shapes of the letters are obtained. All the letters of this Italic alphabet are written starting from the top.

The Italica alphabet can be divided into six groups:

To write Italica in cursive, simply connect the unjoined letters with the appropriate diagonal or horizontal joins so you could write words almost without lifting your pen from the paper.

All the letters (except the e) in this alphabet are written starting from the top and most of them (apart from f, t, x) are written with a single stroke without lifting the pen from the paper. These two basic rules are what make the transition from unjoined letters to cursive writing natural, as the single letters become connected with easy, intuitive diagonal and horizontal joins.

For children in the early stages of learning cursive, the r is the most difficult letter to join to the letter following it. So, we suggest, at this point, simply to write the following letter very very close to it. Later on, as the children develop and personalise their writing, they may choose to write loops and to join the r to the letter following it. Only during this later phase should children/learners be shown the alternative type of r. This is because it is exclusively a cursive form.

It does not exist in the basic unjoined alphabet, so it has no role to play in a child’s logical transition from unjoined lower case letters to the cursive. In addition, this r breaks the rule that all the letters are written starting from the top. 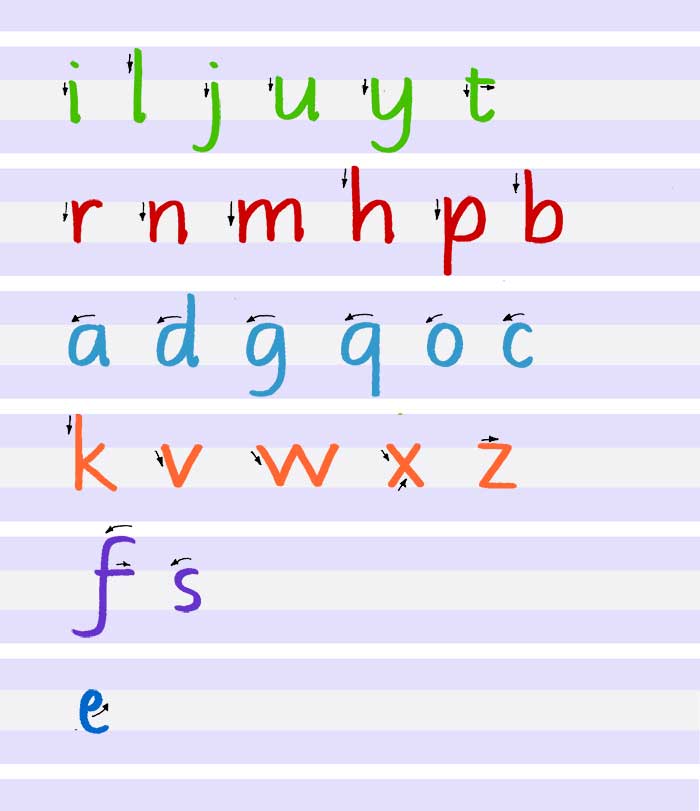